CO Emissions from an FCC Regenerator

You are here:
Simulation Videos 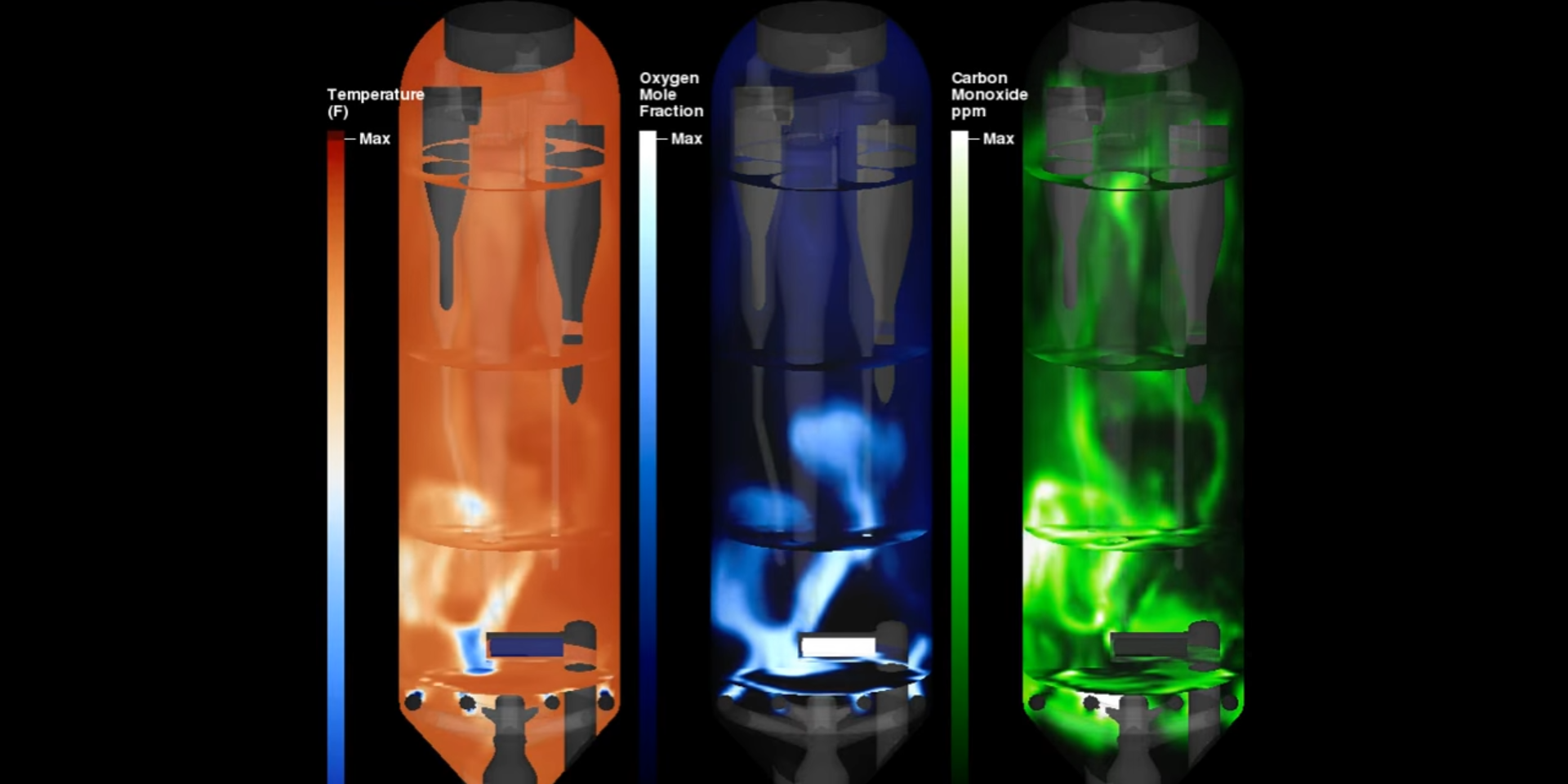 This animation was part of a study conducted by a North American refiner using the Barracuda Virtual Reactor to understand and correct the high levels of carbon monoxide (CO) being produced in their FCC regenerator.  The simulations showed that the source of the CO emissions was due to the transient relationship between gas temperature and gas compositions within the FCC regenerator.  In this case, much of the oxygen entering as part of the lift gas (which transports the cooler spent catalyst from the reactor into the fluidized bed regenerator) was not effectively mixing with the over 190,000 lbs of solids in the fluidized bed.  The computational fluid dynamics modeling showed that this flow maldistribution of the relatively cool air created substantial temperature gradients within the dense phase, reducing the CO combustion rates in the regions of the bed where oxygen was present, and ultimately was the source of the high carbon monoxide levels.

More details of the case can be downloaded here >
To learn more about Barracuda VR FCC applications, visit our FCC Resources page.