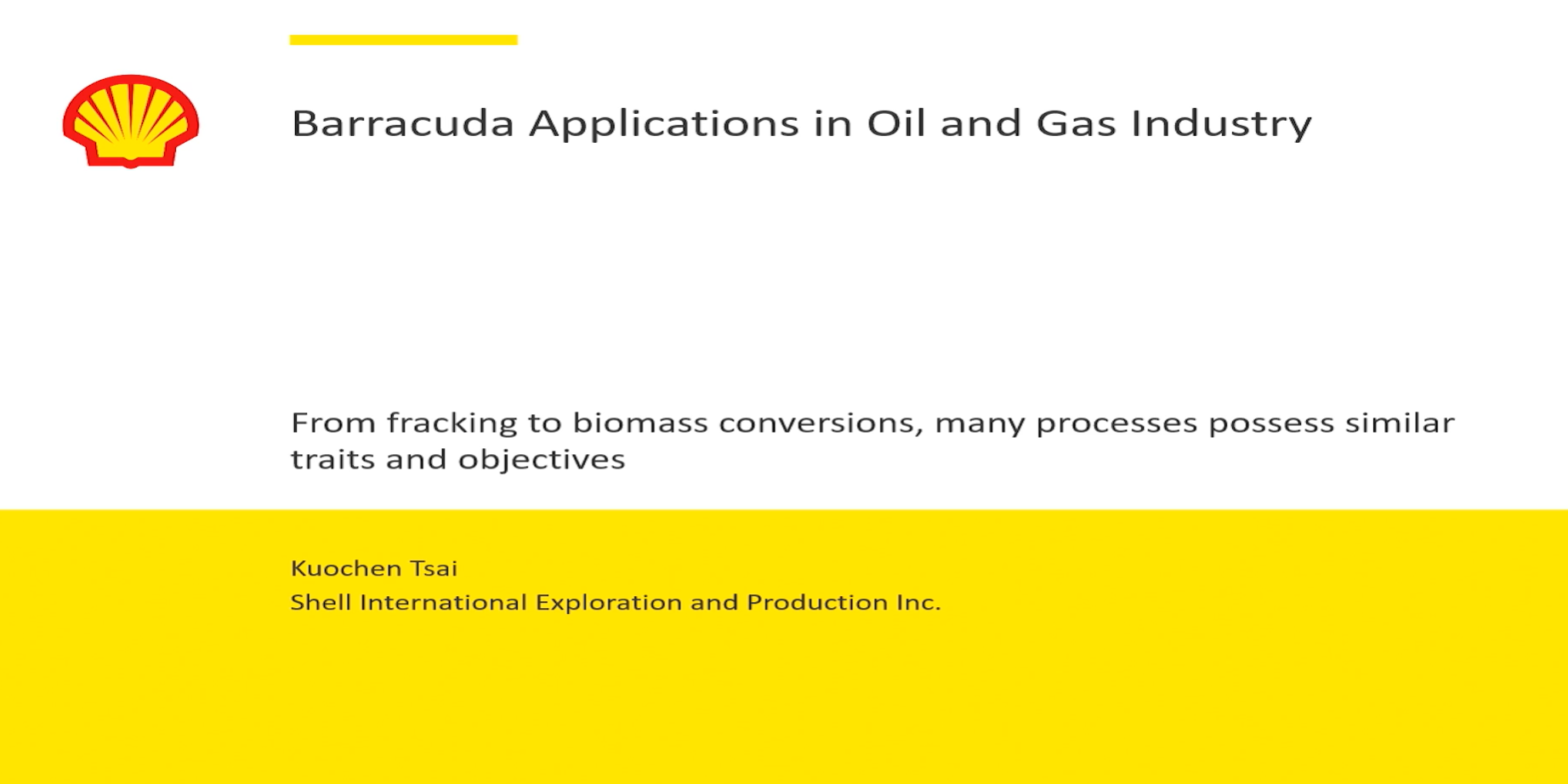 Summary. Modeling high concentration solids in fluid flow has always been challenging. Continuum models using kinetic theory is expensive and can be difficult to include particle size distribution (PSD). DEM model has the advantage of modeling particle collisions directly but can be computationally very expensive in practice. Some other efforts to mimic the success of MP-PIC (e.g. Barracuda®) approach often resulted in numerical inconsistency. Barracuda’s unique efficiency in modeling condense particular flows makes it a perfect candidate for many large-scale problems and enables the design and scale-up process possible for dense slurry flow applications, including oil sand transport and proppant transport in hydraulic fracturing. Also discussed is the modeling of biomass in a bubbling bed where smaller and lighter particles are fed into a bubbling bed with heavier particles, to be digested and cracked to produce hydrocarbons. Erosion aspects of oil sand transport and their challenges will be discussed. The issues are mainly the near-wall behavior of the particles that can have unphysical lifting, rendering the results useless for predictive models. However, faster version after v15 alleviated the difficulties in finding a work-around. However, a general model was eventually developed using the Eulerian-Granular model, where a more consistent correlation can be extracted with the aid of Barracuda and experimental data from the lab and the field. Hydraulic fracturing uses hard proppants (e.g. sand) to crack open shale reservoir fractures and maintain its conductivity (aka. permeability). The understanding of proppant distribution in the multi-fracture production zone is critical for enhanced production. It can also be used to help optimize the completion process that will results in better production rate overall. Biomass conversion to hydrocarbon is one way to achieve a carbon neutral future. However, the yield and energy efficiency has been long standing issues that hinder its progress. Here we demonstrate an aspect that validates the particle concentration distribution of the smaller and lighter particles within a bubbling bed with heavier and larger particles using published data. The resulting particle collision model can be used for the performance prediction of a biomass cracking reactor.

About the Speaker. Kuochen has spent 12 years with Shell as a SME in CFD modeling. Before joining Shell, he worked for the Dow Chemical Company at Freeport for 9 years in Engineering Sciences. His current interests are in multiphase flows, biomass processing, erosion, flow assisted corrosion and data sciences. Kuochen also has a Ph.D in mechanical engineering from SUNY Stony Brook.