The Benefits of NVIDIA for Barracuda Virtual Reactor 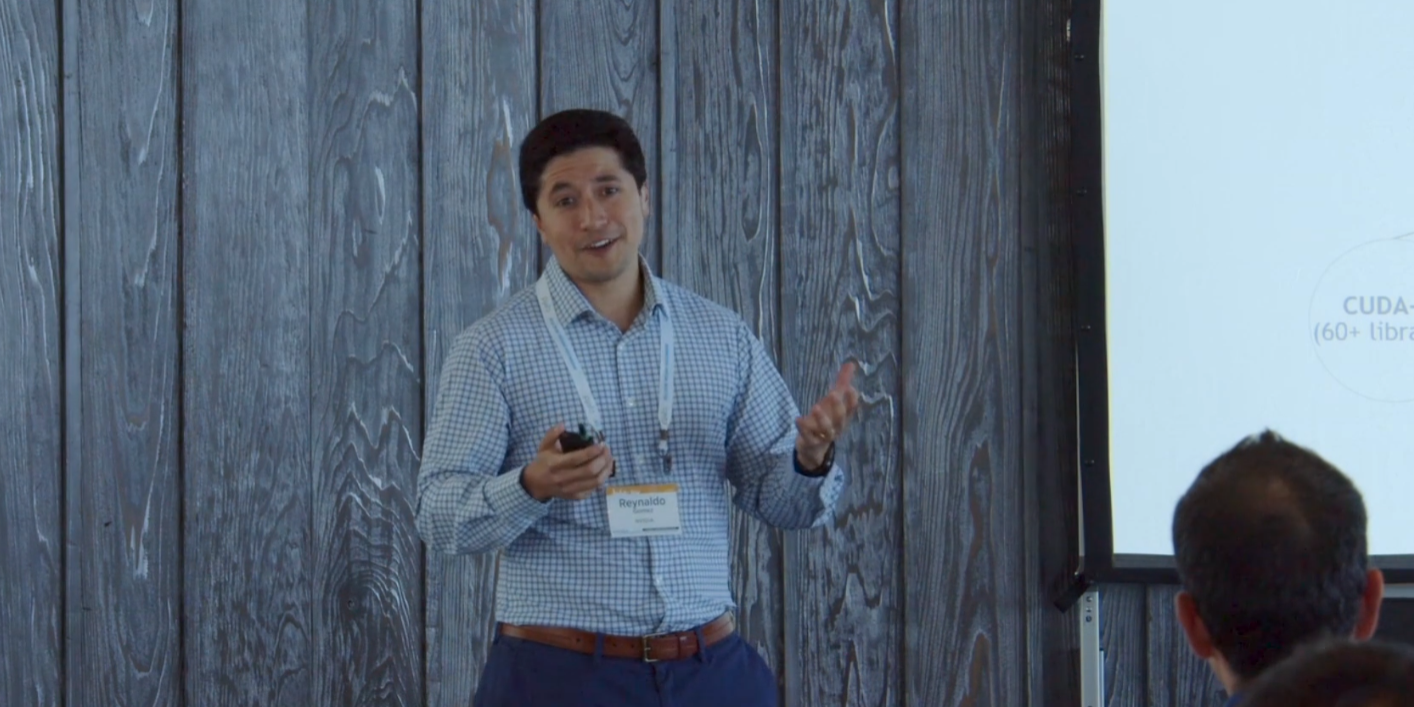 Barracuda Virtual Reactor has seen huge speedups from GPU acceleration in the last five years thanks to innovation in both NVIDIA hardware and software. In this talk, Reynaldo Gomez discusses how GPUs are used for much more than gaming and how the NVIDIA accelerated computing platform is powering workloads from CFD to physics-informed neural networks (PINNs). He will also discuss various options for consuming GPUs from cloud to workstation deployments.

About the Speaker
Reynaldo Gomez earned his BS in Nuclear Physics from the University of Texas in 2013 and is now earning an MS in Management Science and Engineering from Stanford. He spent three years at Schlumberger WesternGeco as a geophysicist before moving to IBM and eventually landing on the Energy team at NVIDIA. Reynaldo manages the partner ecosystem for the energy vertical with a focus on machine learning, deep learning, and high-performance computing.