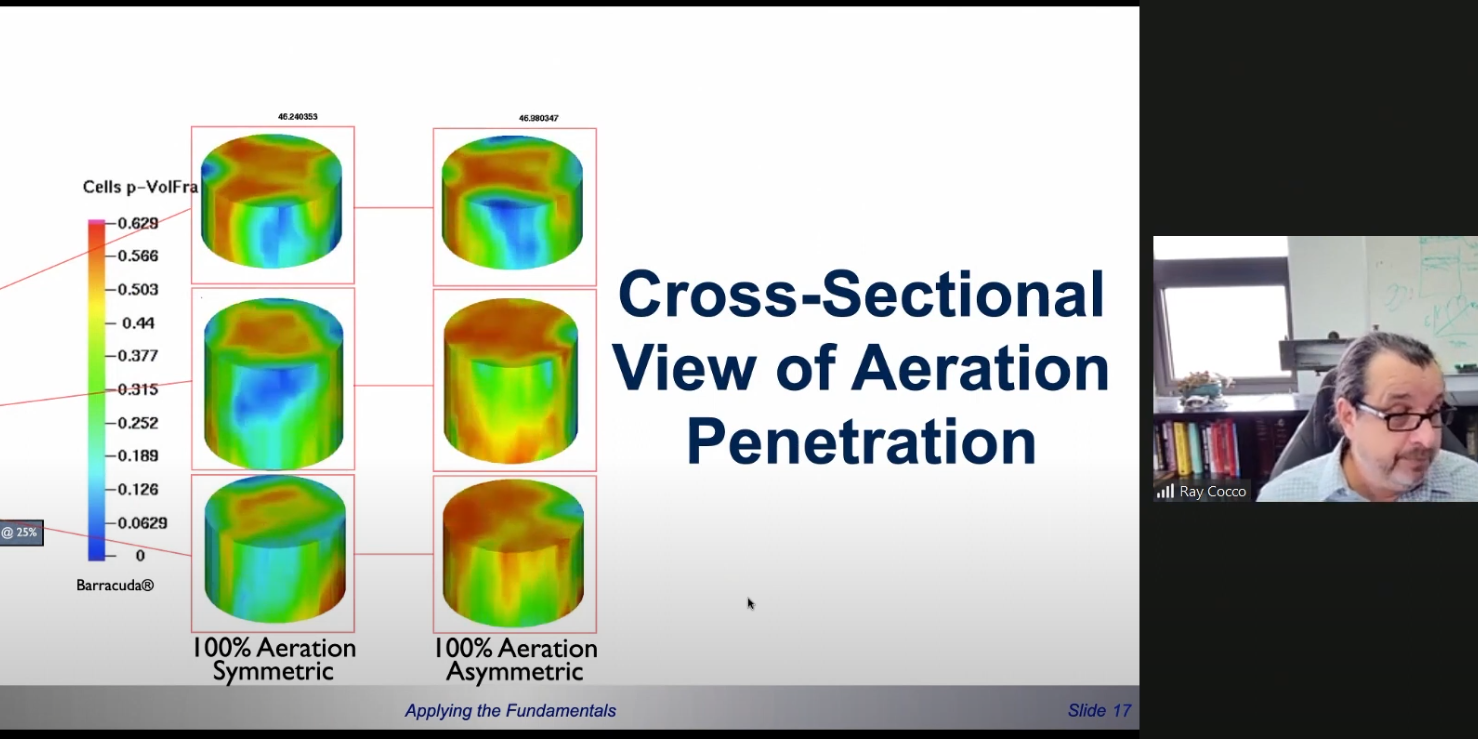 About the Speaker
Ray Cocco has been with PSRI for 15 years, where he currently has the role of President and CEO. PSRI is a consortium-based company with 30 member companies headquartered in Canada, France, Finland, Germany, India, Japan, Saudi Arabia, UAE, UK, and the United States. Before PSRI, Ray spent 17 years with The Dow Chemical Company, where he led research and development efforts in numerous particle technology platforms, including the production of WoodStalkTM (a particleboard made of straw) for Dow BioProducts, the production of vinyl chloride monomer, and RCl oxidation using fluidized beds, the production of hydrocarbon using circulating fluidized beds, the development of polyolefin catalyst for fluidized beds, and in the production of aluminum nitride and silicon carbide ceramic powders using moving bed reactors. Today, he is an advisory board member of the University of Florida Chemical Engineering Advisory Board, Auburn University Chemical Engineering Alumni Committee, University College at London’s CNIE, and on the editorial boards for Powder and Bulk Engineering and Powder Technology. Ray was the past chair of the AIChE Particle Technology Forum (Group 3), a past member of the AIChE Chemical Technology Operating Council (CTOC), and is currently an AIChE Fellow. Ray was also the past chairman of the World Congress in Particle Technology VIII in April 2018. He has over 80 publications, three book chapters, several patents, numerous invited presentations, and consults for industry, national labs, and universities regularly.