You are here:
Simulation Videos 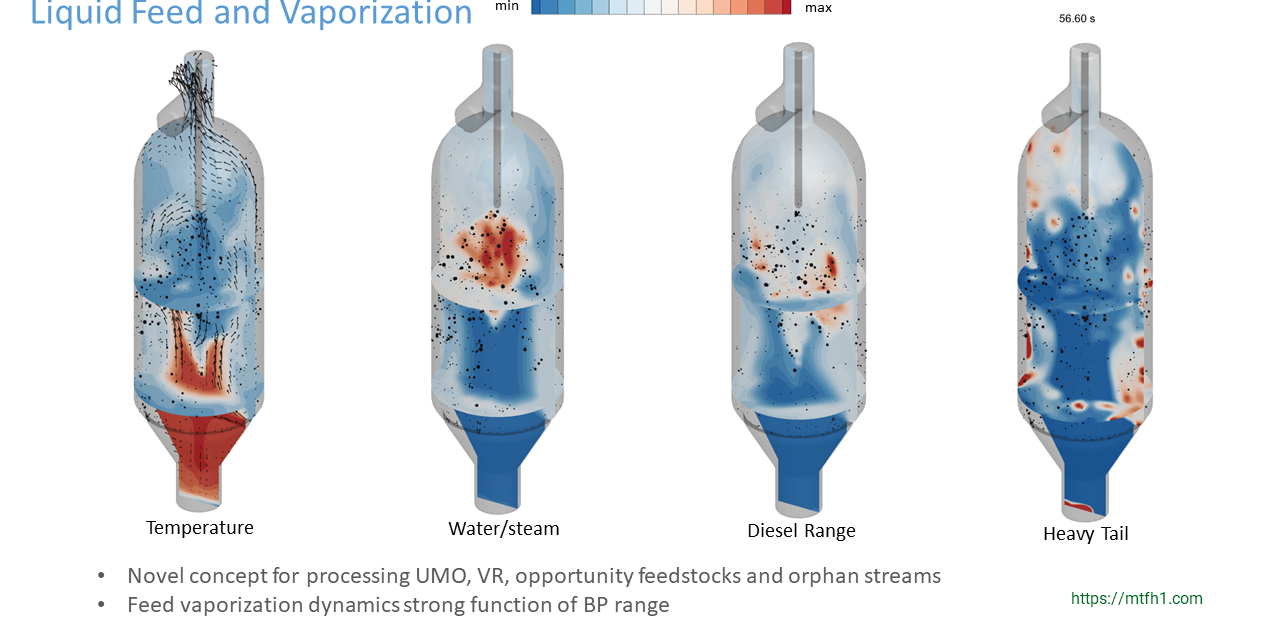 This video demonstrates the vapor/liquid/solid simulation capabilities available in Barracuda Virtual Reactor 22.0.  Liquid droplets are sprayed into a hot gas stream.  The droplets are composed of multiple liquid species with each vaporizing into its corresponding vapor phase.  The lower boiling point components are seen to vaporize very close to the feed location whereas the heavy tail remains in the liquid phase much longer.