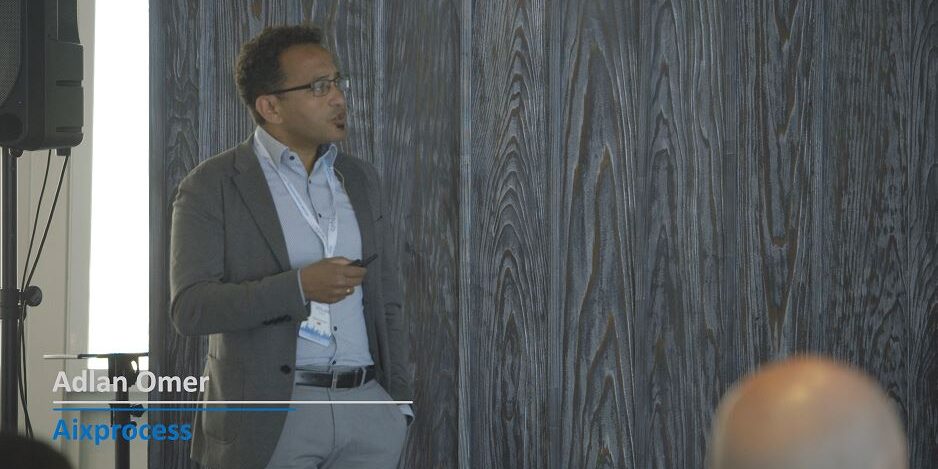 In this video Adlan Omer, from aixprocess GmbH, presents a case study from a European cement plant with 4,500 T/day production using a semi-dry system. The two-stage calciner system experienced operational issues including an intermittent pumping phenomenon involving a highly-transient pressure pulsation which was suspected to be caused by material fallout into the tertiary air duct. Other issues included coatings / blockages in the bottom stage cyclones, afterburn, and CO limit exceptions. Barracuda Virtual Reactor was first used to identify the root cause of underperformance. Gas-particle drag for secondary fuels was characterized with a zig-zag sifter test and the calibrated model was applied to the full scale calciner system. The Virtual Reactor simulation demonstrated that the pumping was indeed due the fall out of meal and fuel, with the resulting unsteady behavior impacting flow uniformity / maldistribution and transient flue gas composition. Once the root cause was identified, many retrofit options were tested in virtual space including the three shown in this case study. The optimized design was implemented by the plant within a typical stoppage cycle. After start-up all process issues were eliminated with smooth operation observed over a multi-year period. Capacity was increased and the plant could operate at 100% secondary fuel rates while meeting all CO emission constraints. This case was part of a longer presentation by aixprocess GmbH at the 2019 Barracuda Virtual Reactor Users Conference.